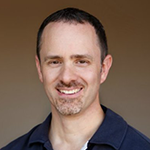 PowerPoint 2013 now has a feature that enables you to take a full-motion screen capture. This could be very useful to demonstrate a process as part of the presentation content. The February 2015 update to PowerPoint 2013 added this feature.

To record the screen:

Go to the Insert tab on the Ribbon. 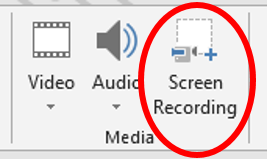 PowerPoint then minimises, the screen greys and PowerPoint awaits an area to be selected that will be recorded.

On the Screen Recording toolbar that appears, the Select Area button should be activated. From this point, the recording process captures everything that happens within the designated area. There is a pause button on the toolbar to temporarily stop recording and buttons to toggle on and off whether the mouse pointer and audio are recorded.

Once you are finished recording, click the Stop button on the toolbar.

Third party screen capture software has been around for years, but now that PowerPoint has the ability, making training presentation just got a whole lot easier!