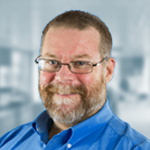 Hello again everyone, both of you. Seriously, I have no idea what my audience is, this could end up being just a therapeutic exercise for my own peace of mind. In any case, I always feel much better.

Time has come, I think, to chat about some of the wonderful new features included in SQL Server 2016. What I would like to talk with you about in this blog is one of those new features. And that is, Always Encrypted.

Alrighty then, what is it, does it come in different colours. and is it contagious? Let me address the first of those questions, I'll leave the others for you to determine through experimentation.

The magic of Always Encrypted revolves around a special driver. One of the encryption keys is not actually stored in the database for security reasons. I kind of think of this like having one of those strong boxes for petty cash in your top drawer. There's not a lot of value to it if the keys are stored right alongside it. If, on the other hand, the person who is authorised to hand out petty cash retains the key separately from the petty cash box, this is somewhat more secure. Let's not get too carried away with the analogy, I'm sure it'll break down eventually and we'll all be left in a small puddle of confusion.

There are two encryption types we need to understand with Always Encrypted. They are: Deterministic encryption, in which a given piece of plain text will always give the same cypher value. This has the advantage of allowing us to filter and group by ranges of encrypted values. The downside is, of course, that if one were clever enough, and determined enough, you could use pattern analysis to determine the cypher key. The other encryption type is Randomised encryption (I'm sure Microsoft will continue to spell it 'randomized' no matter how wrong they are). This is indecipherable based on the plain text value. A pattern analysis would yield nothing useful as the cypher is random. Excellent, but there must be a downside? Yes, there is. Using the randomised encryption type, you can't do the same filtering and grouping that you could with the deterministic encryption.

Of course, none of this comes without a small price to pay. There are some limitations, including a restriction on the datatypes of the column to be encrypted, such as text, ntext and image (seriously, why are you STILL using these!?).

Thanks for stopping by, I hope you've found this brief blog about Always Encrypted enlightening. See both of you again soon.

For more information, take a look at our SQL Server 2016 training courses.

With over 25 years of real-world IT experience Adam is one of New Horizons’ most senior Database and Software Development trainers. Starting out as a physics teacher Adam displayed exceptional mathematical and technical capabilities early on in his career. He went on to work in a variety of programming and technical management roles within several government agencies including the Department of Defence and Maritime Patrol. In 1998 Adam found his true calling, gaining MCT status and thus beginning his technical training career specialising in SQL Server administration, development, BI, and .NET development. Since then he has worked for several training organisations and found a home at New Horizons where he is now our resident Database and Development specialist. Throughout his tenure at New Horizons, Adam has assisted over 500 students in their endeavours to improve their skills, knowledge, and to achieve industry certifications.