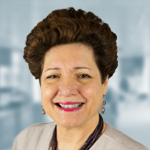 Telling people that their feet smell and other delightful office conversations

Telling people that their feet smell and other delightful office conversations She arrives at her desk in the open-plan office, her feet, hot and sweaty. She takes off her shoes, switches on the small fan she’s bought to cool her feet and all around her, colleagues wilt. OK, it sounds dramatic, but is there one brave soul out there who will say directly, “Your feet stink”? Possibly, but for the most part, conversations of a personal nature are generally avoided for concern perhaps, of embarrassing the other person, or possibly ruining a relationship, or simply because they have no idea how or where to begin. Typically, I’ve found, there are three reactions from colleagues: So what are your options? I think that a prudent beginning is an email reminding your subordinates that a dress and hygiene code exist for your business. Make mention of specific examples such as clean and pressed clothing, methods to avoid body odour, no chipped nail polish, and whatever else is a problem. Remind staff that these are company norms and expectations. If there is no improvement, then the offender needs to be approached in a diplomatic manner, say on the pretext of discussing some work-related issue. Choose a quiet and private office, and explain that you need to address a hygiene issue. You might say something like:

Alex, I wanted to speak to you privately about a personal matter. I don’t know whether you are aware or not, but I need to raise the subject of foot odour, which can be a problem in the office.

Allow them the opportunity to respond to this statement. You could then ask, if necessary:

Are there any medical reasons that I should be aware of which are relevant to this condition? Is there something that you could do that you think can help to fix the problem?”

The “offender” will probably feel mortified and is often unaware of the extent of the problem. Tact and empathy, and above all, keeping the conversation short and factual, will minimise the awkwardness of the situation. Try to avoid mentioning that colleagues brought the matter to your attention; this will only make the offender feel worse. In conclusion, the sooner the problem is nipped in the bud, the less dramatic and “huge” the issue will become. As awful as you may feel about having to talk about something so personal, you are actually making things better for the offender, and for your team. Good luck!