To do this we first need to develop two reference tables (or Lists in SharePoint). The first list has one column to hold values for Country. The second reference list has two columns. The first column is a look-up to the first reference list’s Country column and the second column holds states for each country as shown in the pictures.

It is important to note that the Country_Lookup column in the CountryState list has to be a look-up column to Country_Ref column of the Country list.

We call the two lists, Reference Lists because they are static and their existence is only to be used for lookup operation.

Now we develop our Transaction list. We call it a Transaction List because this is a dynamic list that users use to input data into, using a Nintex form. 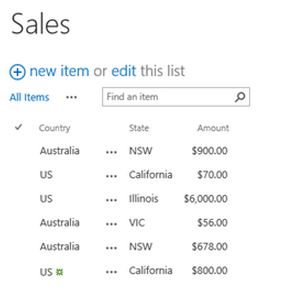 Moving now to the design of our Nintex form;

To add dropdown controls for Country and State we should add two List Lookup controls from SharePoint category, shown in the picture. 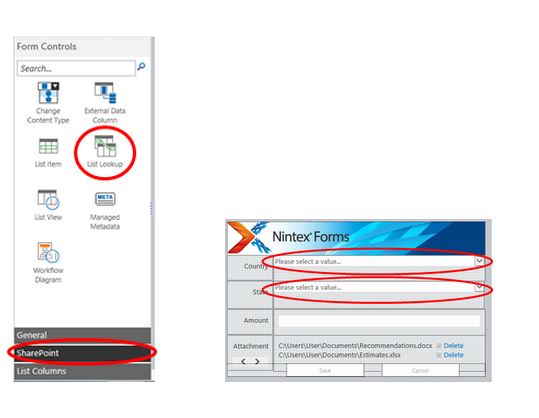 Double click on the Country Lookup control and change the settings as shown in the picture. 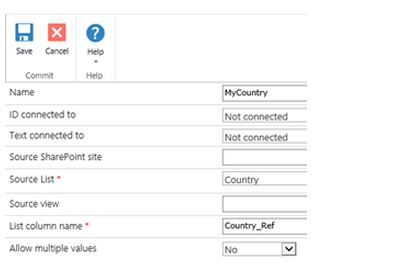 Here you should give a name to the control because we are going to use this name in the other control. I’ve called it MyCountry.

In the Source List you select Country list to indicate that we want it to show values from the Country list and in the List column name you type Country_Ref because this is the column in Country list that holds the values. 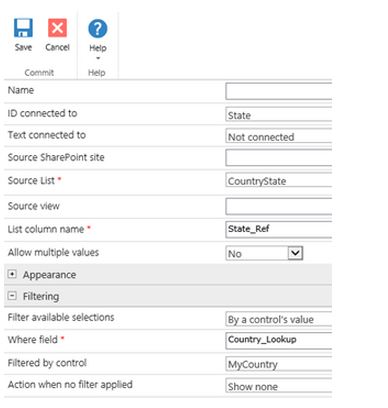 We want the control to store the values in the State column of the Sales list, so we should select Sate in the ID connected to.

As we need the control to show the states from the CountryState list, we select CountrySates list in the Source list and type State_Ref in the List column name. This box is case sensitive so make sure you type exactly as the column name. If you type State_ref it is not going to work.

In the Filtering section select By a control’s value in the Filter available selections because we want the control to show only values based on the value selected in the previous control that we named MyCountry.

In the Filtered by control we select MyCountry of course and in the Where field we indicate that the filtering should apply to the Country_Lookup column of the CountryState list.

That’s all we need. Don’t forget to save the settings.

Hope this has helped,

Having worked within the education and training industry for over 15 years as well as the IT industry for 10 years, Cyrus brings to New Horizons a wealth of experience and skill. Throughout his career he has been involved in the development and facilitation of numerous training programs aimed at providing individuals with the skills they require to achieve formal qualification status. Cyrus is a uniquely capable trainer who possesses the ability to connect with students at all levels of skill and experience.