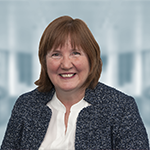 Absolute Cell References use in Formulas

Absolute Cell References use in Formulas In Excel, an absolute cell reference, like other cell references, identifies the location a cell or group of cells and are used in such things as formulas, functions, and charts.

An easy way to add the dollar signs to a cell reference while creating a formula:

Alice is one of New Horizons’ most experienced Desktop Applications trainers. She is qualified with a Diploma of Business (Computing) and a Diploma of Information Technology. Since joining New Horizons in 2006, Alice has achieved the prestigious status of a certified Microsoft Office Master and for the past 4 years, has been placed in the Top 25 Desktop Applications trainers for New Horizons Worldwide. Throughout her career, she has gained a wealth of knowledge and experience in providing training to individuals and groups of varying skill levels. Alice delivers each training session with great care and consideration ensuring each one is tailored to the learning needs of her students.